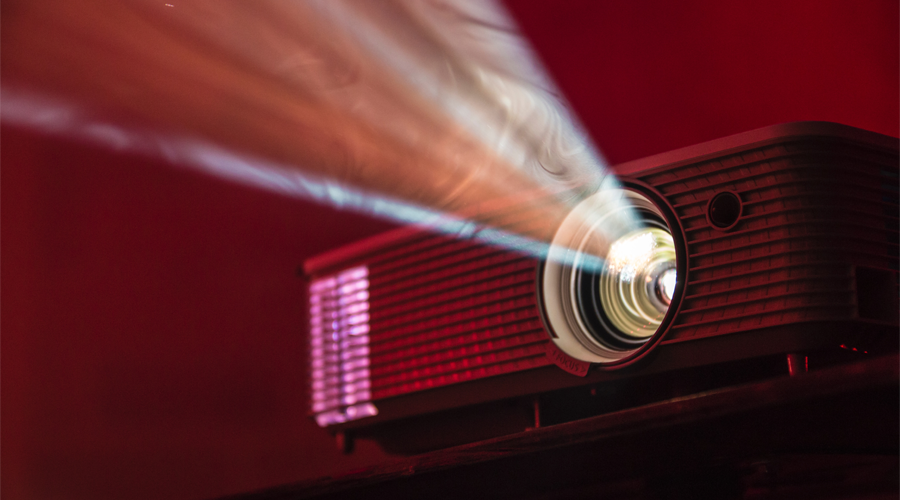 The entertainment sector is in the midst of a disruptive upheaval. Media content can be consumed anytime and anywhere these days. New technologies, business models and players are entering the market and creating new framework conditions. With production:net berlinbrandenburg you have a strong and experienced partner at your side who acts very close to the pulse of the times. We offer established and young companies a constant dialogue with the key players from politics and business on topics within and across sectors – on a personal basis or through our numerous events. Benefit from our well-founded network, through which we connect you regionally and internationally.

Partners of the production:net initiative

The Female Producers’ Breakfast is the ideal place to meet players from the audio and moving film industry.

On June 8, production:net, rbb media and UFA invited you to the fourth FEMALE PRODUCERS’ Breakfast on the roof terrace of Studio 14 at rbb Haus.

media:net Fireside Chat: Audio?! The trend of transmedial stories for the ears

On 15 March 2021 we invited you to the media:net Fireside Chat “Audio?! The trend of transmedial stories for the ears” with Dorothea Martin (Senior Executive Producer Fiction) from Audible. 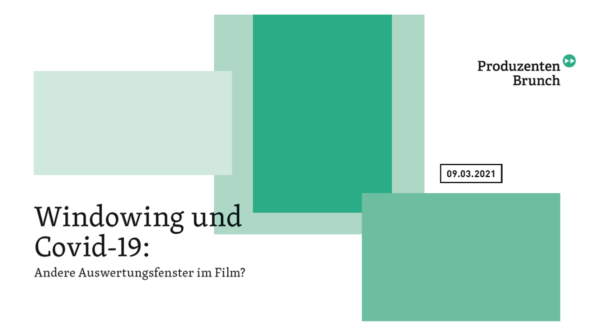 Produzentenbrunch: Windowing and Covid-19: Other evaluation windows in film?

It was one of the many unpleasant side effects of Covid-19: The theatrical release of several blockbusters that large fan communities had been looking forward to had to be postponed. This fueled a discussion that had been going on for some time, although not publicly, namely: Are the staggered release windows for cinema and video (streaming and DVD/BluRay) still in keeping with the times? 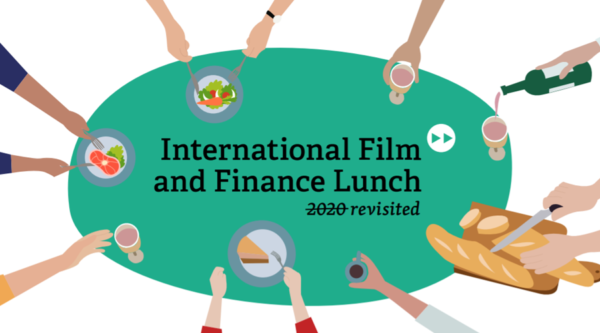 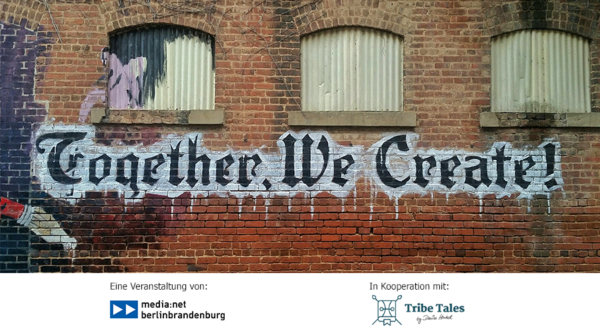 Whether in business, in the family or in a club – everywhere success depends largely on the human factor. In this seminar, you learned how to use the community approach to gain committed supporters – online and offline, regardless of the technical platform.

Let’s get hired! On November 24th, this year’s TALENT FESTIVAL was coming up! Companies from the fields of games, film & TV, advertising and the digital economy presented themselves online to students, alumni and job seekers. Afterwards, they had the opportunity to get in touch with recruiters of the companies via chat.

We cordially invited you to our Produzenten Frühstück on 9 October 2020 at The Grand. This year in particular, the film industry has faced many challenges. But now it is time to look ahead together: “The New Normal” – How do we deal with it?

On September 15, production:net, rbb media and UFA invited you to the third Female Producers Breakfast in Studio 14 at rbb Haus. 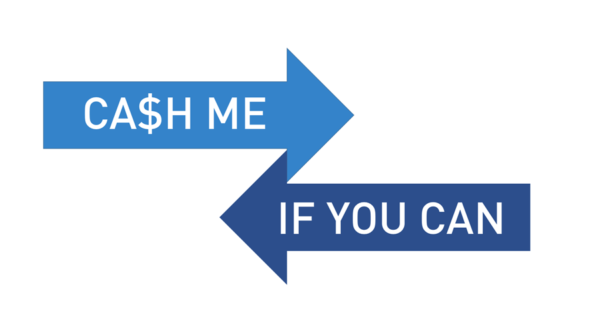 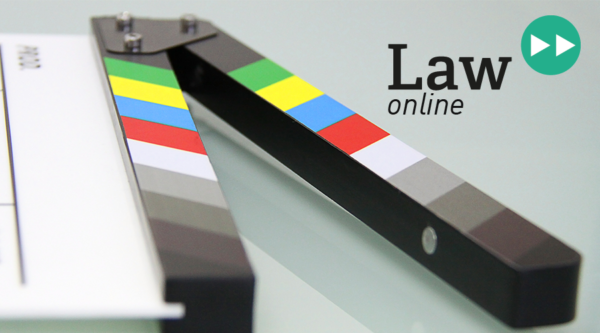 Together with the law firm Nordemann, production:net cordially invited you to the production:net LAW Webinar on June 4, 2020 on the topics “Copyright Compensation Claims” and “Personal Rights in Film”.

New times need new formats: In our series media:net@HOME media:net berlinbrandenburg will send you a Fireside Chat with exciting personalities from the games, film, advertising and digital industries every two weeks from 14 April – to be seen on the streaming platform Twitch. More than 100 viewers followed the live interview on 28 April on the topic: “Growth Hack – innovative products for all exploitation stages in the film industry” with Seneit Debese, CEO & Founder Greta & Starks Apps, and Sven Wedig, CEO Vollpension Medien. 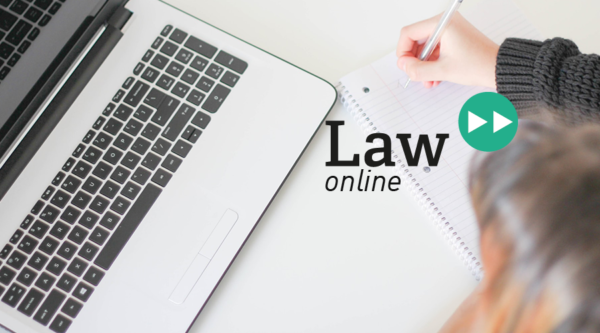 On the occasion of the 70th Berlin International Film Festival COMMERZBANK, production:net, RISE|Visual Effects Studios, TOBIS FILM, UNVERZAGT and VON HAVE brought together key players in the film industry at the INTERNATIONAL FILM & FINANCE LUNCH on February 21st.

On Friday, 29 November 2019, production:net invited you to the production:net Breakfast at Mazars in Alt-Moabit with Dr. Jan Schulte-Kellinghaus, Program Director of rbb.

At our Talent Festival, the recruiting festival for the media industry, companies from the games industry, the film and TV industry as well as the media and digital economy presented themselves from 12.11. to 13.11.2019.

On 24th September 2019, Audi City Berlin, bepic-Studio, Commerzbank, production:net berlinbrandenburg, Tobis and Unverzagt von Have invited you to another exciting edition of the Filmlounge in the stylish atmosphere of THE GRAND in Berlin.

production:net, rbb Media and UFA invited you to the second Female Producers Networking Breakfast in a relaxed atmosphere at Rose Garden in Berlin Mitte on September 18th with Sarah Doole. 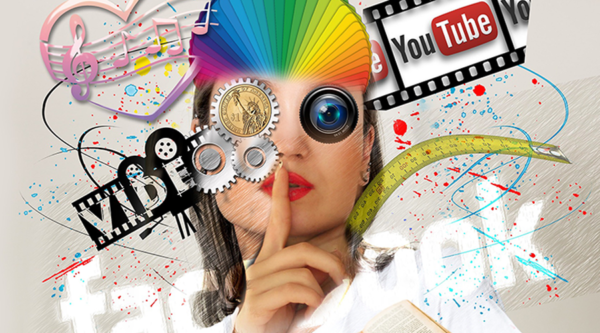 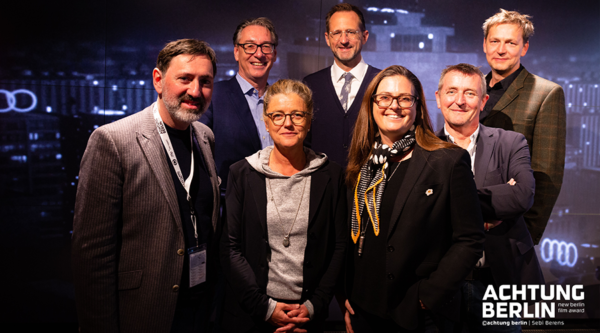 Marcus Ammon, Senior Vice President of Original Production at Sky, addressed this topic in an interview with the production:net BREAKFAST as part of the film festival achtung berlin – new berlin film award. production:net, rbb media and UFA invited to the FEMALE PRODUCERS’ Networking breakfast in a relaxed atmosphere at Rose Garden in central Berlin.

COMMERZBANK, production:net, Tobis Film and UNVERZAGT VON HAVE are proud to announce the next INTERNATIONAL FILM & FINANCE LUNCH on the occasion of the 69th Berlin International Film Festival on February 8. 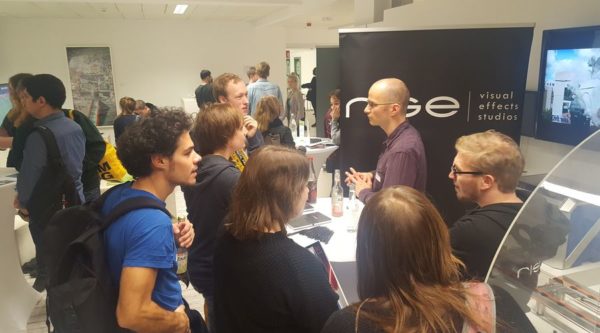 On Wednesday, November 7 companies from the film and television industry can meet potential newcomers at production:net INDUSTRY DAY. Interested alumni, students, juniors and seniors are welcome to register for free! For the 21st time, Women in Film & Television Germany (WIFTG), Villa Kult and media:net berlinbrandenburg invite female entrepreneuers and professionals from the media and creative industry to a professional and personal exchange and a delicious dinner! 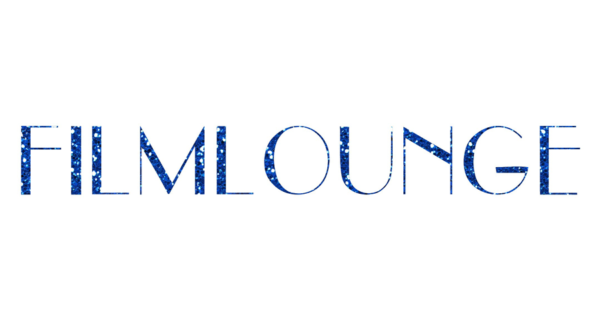 On September 18th, Audi City Berlin, Commerzbank, production:net berlinbrandenburg and UNVERZAGT VON HAVE invite you to the FILMLOUNGE 2018.

On June 13, 2018 this year’s Fördertag took place, which once again gave an overview over the funding and financing opportunities for the media and creative industry. Around 150 guests were welcomed in KPMG’s premises and had the possibilty to address possible investors and sponsors. On Friday people from the creative scene, especially people who are working in game or production companies, met at the Soho Haus in Berlin to discuss the possibilities of AI and creating of music in games and films while enjoying a small breakfast. 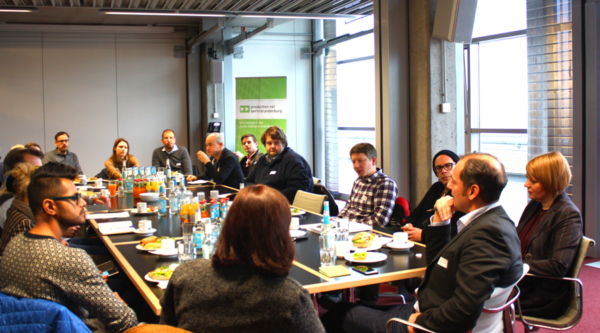 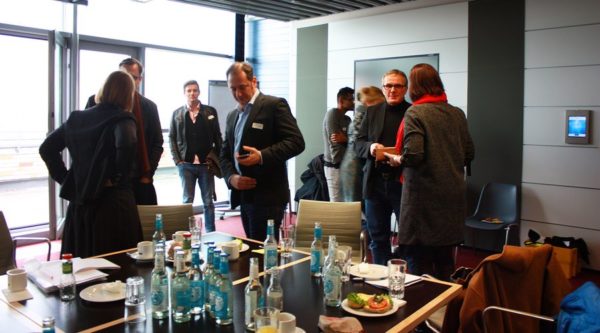 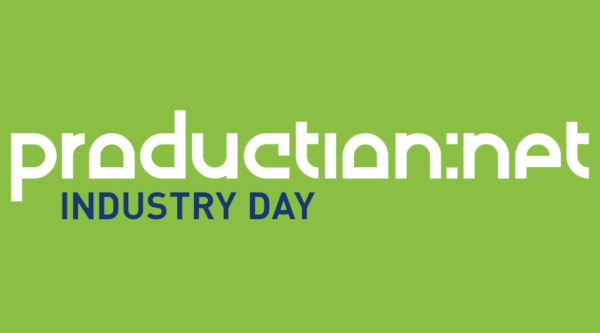 On September 27th, Audi City Berlin, Commerzbank, production:net berlinbrandenburg, TRIXTER Berlin and UNVERZAGT VON HAVE invite you to the FILMLOUNGE 2017. This year Berlinale director Dieter Kosslick will be our keynote speaker. 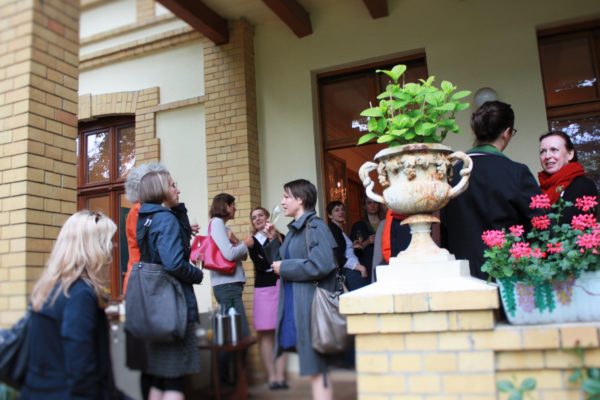 On Monday, June 26th, media:net initiative production:net together with Women in Film and Television Germany will be bringing together female decision makers and professionals from the media and creative industries at Villa Kult. 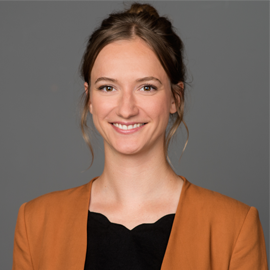